Anne has recently played Silvia in Bard in the Botanics’ As You Like It.

This January, Anne has done a residency at Shakespeare’s Globe in London
as part of her RCS Acting Course. 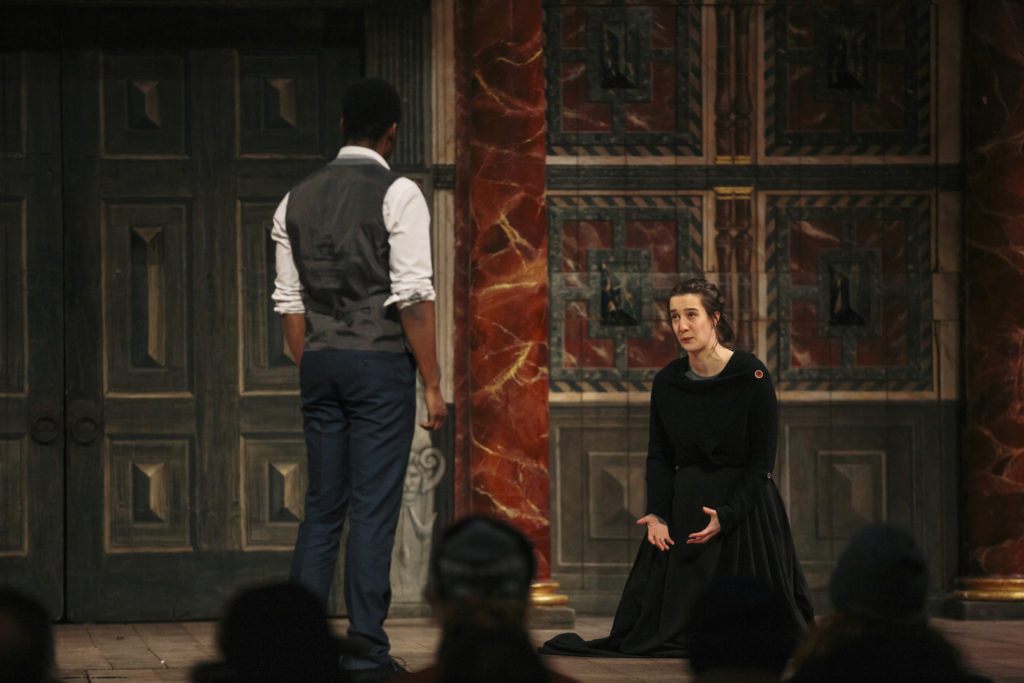 She portrayed Rosalind in Shakespeare’s ‘As You Like It’,
and Beatrice in Thomas Middleton’s ‘The Changeling’.

Anne Klein, originally from Luxembourg, is a recent Acting graduate from the Royal Conservatoire of Scotland. She has previously graduated from a course at RADA and can now be seen portraying a young maid in Markus Schleinzer’s period feature, ‘Angelo’.

Anne also has a background in Stand Up comedy, where she’s been shortlisted for the BBC New Comedy Award 2016, as well as being a finalist at the Leicester Square New Comedian of the Year Award 2017 and a regional finalist for Funny Women 2018.

In addition, Anne has been creating her own sketches, videos, and short films.