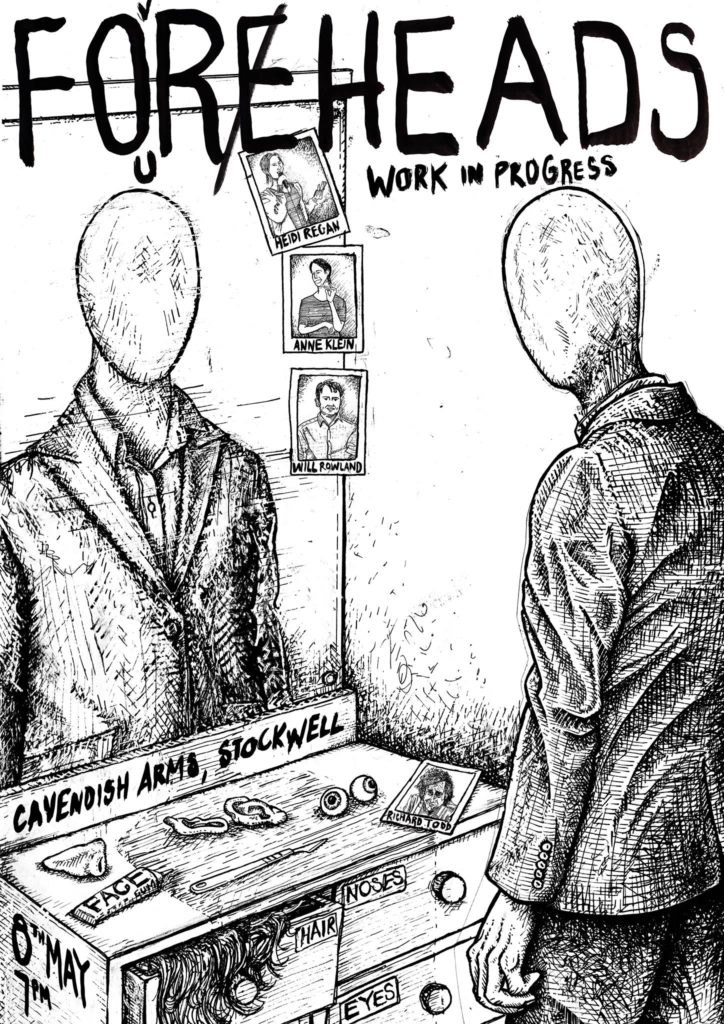 With Heidi Regan, Will Rowland and Anne Klein.

I’m excited to be part of this hilarious man’s Edinburgh Preview Show on 8th May at the Cavendish Arms in STockwell. 7-9pm.

Here the event description of the Funnyman himself:

Richard Todd (me) will be previewing his Edinburgh hour. It’s called The Flibbertigibbet at present but only because I don’t have a title. But then again I don’t have a show and I find the two things co-dependent: otherwise you’re just christening fresh air, and how you meant to dip that in the baptismal font? You can’t. That’s the answer to that. Or can you? I’m no scientist. But this is comedy. This? Well not this. This is blurb. Blurb for comedy. And who is in this comedy? Good question. Here’s the answer:

Amused Moose Laugh-Off Critics Award Winner (the truth is they had a lot of trophies, and really needed to clear space out in the van) Richard Todd

‘A smart surrealist.’ The Independent

‘Your cousin’s a lawyer.’ Brenda Todd

Plus acts so new only I can say great things about them:

Will Rowland – ‘So funny I asked him to perform at my preview; so available he accepted.’